The American Bison (commonly referred to as the American Buffalo for hundreds of years) is one of the most revered symbols of Native America. This check series pays tribute to the largest land animal in North America featuring four different photographs of bison (and a red bison calf).

The American Bison is commonly featured on flags, seals, logos, and coins from the most famous “buffalo nickel” minted in the US from 1913 to 1938 to the Kansas and North Dakota state quarters released in 2005 and 2006. It’s the official state mammal of Kansas, Oklahoma, and Wyoming. 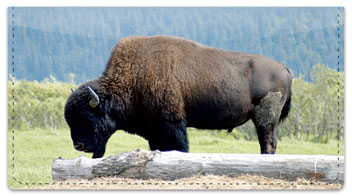 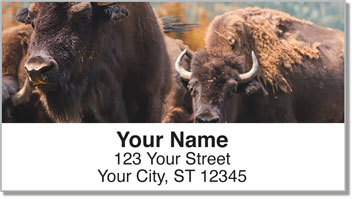 Millions of bison once roamed North America but today they number in the hundreds of thousands living mostly in river valleys, prairies, and plains located in state and national parks, in wild refuges, and on tribal and private lands – like the National Bison Range in Montana. The shaggy beasts are massive and are said to have fairly poor eyesight (but excellent hearing and an acute sense of smell).